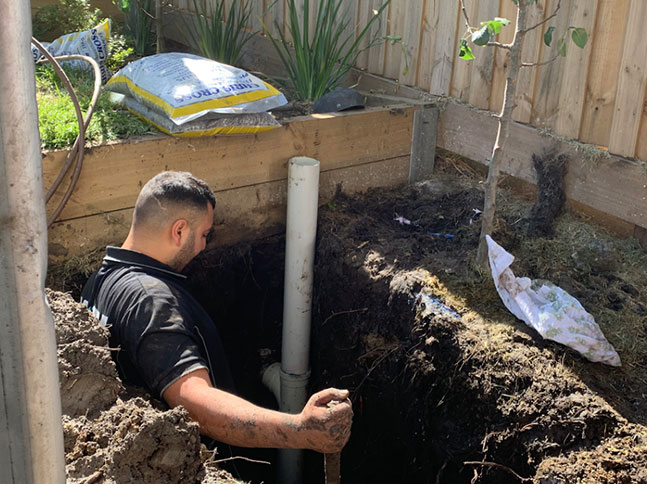 At Drain Blast Plumbing, we are Melbourne’s experts in the field of blocked drains. Our plumbers are regularly asked about the cause of blocked drains, how to fix them, and how much drain repairs cost. The answer to these questions is not clear cut because every blocked drain is different, so the below answers should be used as a guide only.

At Drain Blast, we recommend getting in touch with us on 0423481312 for professional drainage advice email us on

A foul smell in your drains is one of the most common signs of a blockage. A build-up of debris in your pipes causes bacteria to grow, which results in the unpleasant odour.

Is the smell coming from a single drain? This means the clog is most likely nearby, such as just below your shower drain, and you may be able to remove the blockage yourself.

Is the smell coming from multiple drains? This is most likely caused by a blockage in the main sewer. To resolve this sewerage smell and fix your blocked drain, call Drain Blast ASAP on 0423481312.

2. WHY CAN I HEAR A GURGLING FROM MY DRAINS?

Gurgling noises are a sign of a partial blockage. The sound you are hearing is the water moving slowly past an obstruction in your pipes, resulting in air bubbles. Gurgling noises usually indicate a fairly deep blockage, so it’s important to call our professionals to assess, locate, and clear the blockage before your drains clog any further.

If you ignore the blockage and the problem worsens, untreated sewerage can travel up your pipes and into your home.

3. WHAT MAKES MY SINK DRAIN SLOWLY?

If your sinks are draining slowly, that’s another sign that a blockage is forming. Because your pipe is partially obstructed, water will flow slowly through the pipes, meaning your sink will take longer to drain. This blockage could be caused by a build-up of hair, soap, lint, food scraps, and oil, to name just a few.

Most sink clogs can usually be fixed using the combination of a plunger and pouring boiling water down the drain. If this doesn’t work for you, give our team a call.

The following methods may help you unclog your sink:

1. Pour bicarbonate soda and vinegar down the sink to create pressure and unblock a minor clog

2. Cover your drain with a plunger and push down forcefully. This will force air into the drain and may dislodge the obstruction

5. ARE WET WIPES OK TO FLUSH DOWN THE TOILET?

Many wet wipes claim to be flushable, but in reality, wet wipes should NEVER be flushed down the toilet.

Wet wipes are one of the main contributors to drain blockages and result in millions of dollars of drain and pipe damage every year. This is because wet wipes don’t break down like toilet paper does, causing them to combine with other greases and oils in the drain and forming large obstructions.

6. HOW DO I UNBLOCK MY TOILET?

Toilet clogs are usually caused by an obstruction in the S-Bend. To unblock your toilet, use a flange toilet plunger (not a typical cup plunger).

If your toilet is full or overflowing, remove as much water as possible with a bucket before you begin. Once the toilet is as empty as possible, cover the drain and forcefully push the plunger down and then back up repeatedly.

7. WHAT CAUSES WATER TO POOL ON THE FLOOR OF THE SHOWER?

Water pools in the shower because it can’t escape down the drain, usually due to some sort of blockage. Hair, dust, and soap scum are the most common causes of shower drain blockages. In some cases, you can remove the drain grate and pull out the hair using a pair of gloves. If the clog is deeper, a metal coat hanger may be able to help you. If you can’t reach the clog yourself, consider calling Drain Blast for professional assistance.

8. WHAT IS THE PRICE FOR BLOCKED DRAIN REPAIRS?

At Drain Blast, our drainage and unblocking specialists pride themselves on offering the best and most affordable solutions for your needs. Drain unblocking services will vary in price depending on a range of factors, including the severity of the blockage and any damage it has caused.

Here is a quick guide for what you might expect, although prices will vary from job to job:

9. WHAT IS THE PRICE FOR FIXING A BLOCKED TOILET?

Just like with blocked drains, blocked toilets will vary in price depending on the nature of the job. To remove a simple clog that’s not too far down the pipe, expect to pay between $150 and $250.

If a clog requires more than a plunger to fix, the problem is likely in the main sewer pipes. This will require special equipment such as jet blasting technology to fix. An approximate hourly price is $350 for the first hour of work and $100 thereafter.

The specialists at drain blast can locate and assess the reason for your blockage using CCTV drain inspection. Tiny cameras are fed into your drainage system and we can review this footage in real-time on a monitor. As well as pinpointing the cause of your blockage, CCTV technology allows us to assess the condition of your drains and recommend the best possible way to clear and repair them as necessary!

USE A SPECIALISED BLOCKED DRAIN PLUMBER

Residential Homes, Strata Title Properties, Major Music Events, Festivals, and Public Cubicles are just some of the many locations Drain Blast can service in Melbourne.

At DRAIN BLAST, we are the experts in blocked drains. We pride ourselves on being the best emergency blocked drain plumbers in Melbourne. With 100+ 5 star Google Reviews, Drain Blast has built a reputation of being trustworthy, fast & on time but also reliable & the best for value.

Drain Blast will guarantee that we can fix any blocked drain plumbing problems you have. We specialise in blocked toilets, blocked sinks, blocked sewers, blocked stormwater, and blocked kitchens. Drain Blast are second to none when it comes to value, service and reliability. We are always on time and have fixed prices no matter which Melbourne Suburb you are in. 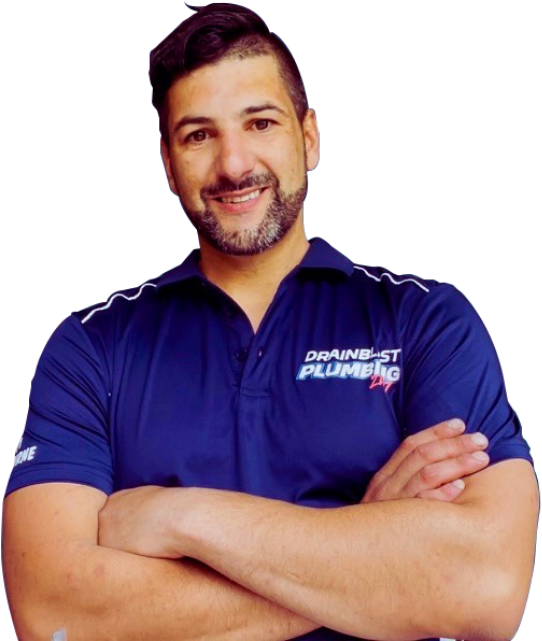 Get the best service for broken drain repairs, blocked sinks, blocked toilets, and blocked drains in Melbourne with Drain Blast. Our team proudly offers 24/7 blocked drain solutions and we can get an expert to your door in just minutes.